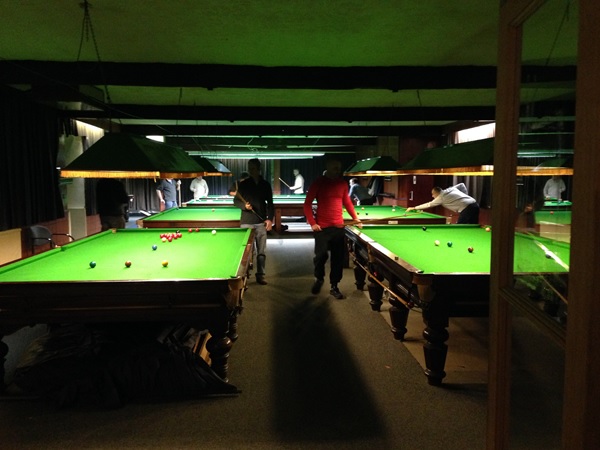 After last year’s refurbishment we are now an established venue for your games of snooker.

Our bar is now also becoming popular and we have recently introduced some real-ale.

We are open on Tuesday, Wednesday and Thursday’s from 5.00pm.

We look forward to seeing you. 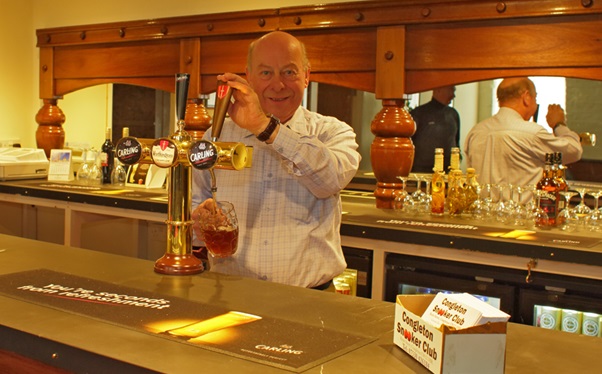 ONE of South Cheshire's historic textile mills has been saved from the bulldozer by a local businessman.

Mottershead Mill in Royle Street, Congleton, was facing the prospect of being demolished and redeveloped before 76-year-old Tony Heeley came up with a rescue plan.

He has now turned the second floor of the building into a state-of-the-art snooker hall complete with a bar fashioned from the pieces of three snooker tables.

The silk mill was originally four storeys high and was built in 1826 by landowner Charles Shakerley.

For much of its life the mill, which produced a hardwearing cloth known as fustian, was powered by a steam engine.

"When it came up for sale it seemed such a shame to knock it down and build houses on the site," said Mr Heeley, who owns the nearby engineering firm Threadfast.

Mr Heeley is best-known as one of the 'faces' of the recently re-created Joules Brewery in Market Drayton.

The firm has named one of its best-selling beers, The Slumbering Monk, after him because he was the last brewer to leave the original brewery in Stone in 1974.

The beer industry began in the town with Augustinian monks in the 12th century.